Whaaa! Universal has announced its plans to bring the fun to Texas and Las Vegas with new theme parks.

While they compete with Disney, the plan includes building a “one-of-a-kind” family-friendly park just outside of Dallas in Frisco, TX. The other park is planned to be a horror-themed park in Las Vegas, NV.

Universal’s planned park for Frisco, TX is geared toward a “younger audience” with attractions on nearly 100 acres of land.

In a statement on Wednesday, Universal also disclosed the Frisco park “will be full of family-friendly attractions, interactive and playful shows, character meet and greets, unique merchandise and fun food and beverage venues. Although smaller in size, it will still carry the same quality as Universal’s other larger resort destinations.”

There has been no mention on the ground breaking date of construction, though according to Fort-Worth Star Telegram, Universal plans Frisco’s $10 billion Fields development, where several other projects are planned, including a $500 million Omni hotel and the PGA headquarters.

Page Thompson, President, New Ventures, Universal Parks and Resorts says, “We are excited about the opportunity to partner with the city of Frisco and Mayor Cheney as we work to bring this innovative, new concept to life designed specifically for a younger generation of Universal fans.”

As for Universals horror-themed park planned for Las Vegas, NV, Universal plans to bring a “year-round” horror experience to the strip.

In a statement made by Universal, this new concept will be placed on 20-acres of land in the AREA15 Entertainment district that has reported attracted more that 4 million visitors since September 2020.

There has been no reports of costs for admission, park hours or specifics.

We will continue to share more as this project develops.

Editor-In-Chief
PrevPreviousTennis Star Naomi Osaka Announces She Is Pregnant
NextBank of America Customers Are Reporting Issues With Their Account, Including Fraudulent Zelle TransactionsNext 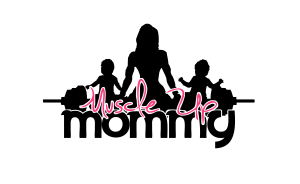